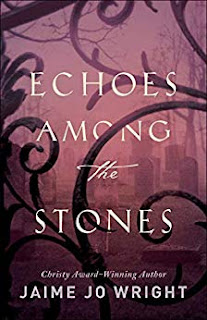 Book Review: Echoes Among the Stones by Jaime Jo Wright

Echoes Among the Stones by Jaime Jo Wright is a time slip novel with two connected stories, a present day story and one set decades earlier. Typically, this author writes of stories set so far apart in time that the characters are only indirectly linked. I really enjoyed how the characters in this novel have a more direct link because it made the story even more interesting. Ms Wright is brilliant at both characterization and vivid descriptions. For this reason, this book is a very quick read as it quickly absorbs you in the story and won’t let you go. Readers of suspense and historical novels will love this novel. I honestly think anyone who appreciates a well told story would love this book as well. I have been a fan of this novelist from her very first book and I can tell you her books just keep getting better. Even though all of her books have been time slip novels, they are all quite distinct. Pick up this book— you won’t be disappointed! I received a digital copy of this book from the author with no obligations. These opinions are entirely my own.
at November 27, 2019 1 comment: 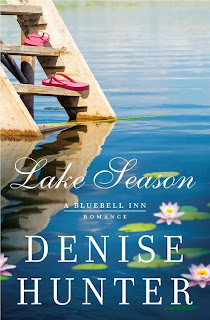 
A lost letter, a new love, and old secrets beckon this summer at the Bluebell Inn.

When their parents die in a tragic accident, Molly Bennett and her siblings pull together to fulfill their parents’ dream: turning their historic Bluebell, North Carolina home back into an inn. The situation would just be temporary—three years at the most—then they would sell the inn and Molly could get back to chasing her own dreams.

Adam Bradford (aka bestselling author Nathanial Grey) is a reclusive novelist with a bad case of writer’s block. Desperate for inspiration as his deadline approaches, he travels to the setting of his next book, a North Carolina lake town. There he immediately meets his muse, a young innkeeper who fancies herself in love with his alter ego.

Molly and Adam strike up an instant friendship. When Molly finds a long-lost letter in the walls of her inn she embarks on a mission with Adam to find the star-crossed lovers and bring them the closure they deserve. But Adam has secrets of his own. Past and present collide as truths are revealed, and Molly and Adam will have to decide if love is worth trusting.

Lake Season by Denise Hunter  is a delightful read. It has everything— romance, mystery, a small town, and a small inn. It’s like a Hallmark movie but with a fabulous plot that will keep your attention from the very first page. This is the first book in a new series and I loved the balance between romance and mystery. My only complaint about this book is that I am impatient for the other books in the series to come out! The characters are written with such authenticity that you’ll feel like you know them and will want to see what happens next in their lives. This is a wonderful start to the series and I highly recommend this book to anyone who loves romantic suspense set in a small town. I received a digital copy of this book from the publisher with no obligations. These opinions are entirely my own. 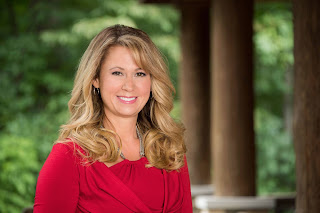 Denise Hunter is the internationally published bestselling author of more than 25 books, including A December Bride and The Convenient Groom, which have been adapted into original Hallmark Channel movies. She has won The Holt Medallion Award, The Reader’s Choice Award, The Carol Award, The Foreword Book of the Year Award, and is a RITA finalist. When Denise isn’t orchestrating love lives on the written page, she enjoys traveling with her family, drinking green tea, and playing drums. Denise makes her home in Indiana where she and her husband are rapidly approaching an empty nest. To learn more about Denise, visit her website DeniseHunterBooks.com; Facebook: AuthorDeniseHunter; Twitter: @DeniseAHunter; Instagram: deniseahunter.

You can read a premium excerpt of Denise’s Lake Season. 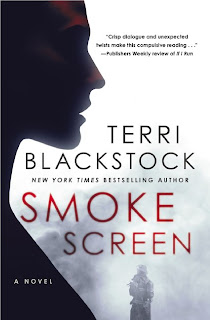 
One father was murdered, and another convicted of his death. All because their children fell in love.

Nate Beckett has spent his life fighting wildfires instead of the lies and rumors that drove him from his Colorado home town. His mother begs him to come to Carlisle now that his father has been released from prison, but it isn’t until he’s sidelined by an injury that he’s forced to return and face his past. But that means facing Brenna too.

Fourteen years ago, Nate was in love with the preacher’s daughter. When Pastor Strickland discovered Brenna had defied him to sneak out with Nate, the fight between Strickland and Nate’s drunken dad was loud—and very public. Strickland was found murdered later that night, and everyone accused Roy Beckett. When the church burned down, people assumed it was Nate getting even for his father’s conviction. He let the rumors fly and left Carlisle without looking back.

Now, Brenna is stunned to learn that the man convicted of murdering her father has been pardoned. The events of that night set her life on a bad course, and she’s dealing with a brutal custody battle with her ex and his new wife where he’s using lies and his family’s money to sway the judge. She’s barely hanging on, and she’s turned to alcohol to cope. Shame and fear consume her.

As they deal with the present—including new information about that fateful night and a wildfire that’s threatening their town—their past keeps igniting. Nate is the steady force Brenna has so desperately needed. But she’ll have to learn to trust him again first.

Smoke Screen by Terri Blackstock is a thrilling read. A single mother on the brink of collapse, a firefighter benched for injuries— the characters in this novel are deeply characterized with full backstories that add great dimension to this novel. Even so, the author is quite adept at weaving their stories together so that the reader never experiences an overwhelming amount of information at once. I absolutely loved the plot of the story— I could not tell where it would go but found it a satisfying read in the end. I highly recommend this novel to anyone who likes well developed novels with great emotion and tension throughout. I think it would appeal to men and women alike. I received a digital copy of this book from the publisher with no obligations. These opinions are entirely my own. 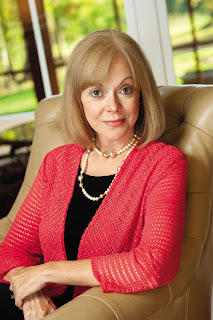 Terri Blackstock has sold over seven million books worldwide and is a New York Times and USA TODAY bestselling author. She is the award-winning author of Intervention, Vicious Cycle, and Downfall, as well as such series as Cape Refuge, Newpointe 911, the SunCoast Chronicles, and the Restoration Series. Visit her website at www.terriblackstock.com; Facebook: tblackstock; Twitter: @terriblackstock

I woke up in a blinding bright room, my clothes off and something clamped to my face. I tried to reach it, but I couldn’t bend my right arm, and my hand stung. An IV was taped to my other hand, but I moved carefully and touched the thing over my face.
An oxygen mask. I tried to sit up. “What happened?”
T-bird came to my bedside, a sheen of smoky sweat still soiling his face. “Nate, lie back, man.”
“The fire,” I said. “Need to get back. My men.”
“They’re still there. Making progress. But you’re not going anywhere near a fire for a month or so.”
I took the mask off and coughed a little, but managed to catch my breath. “A month?”
“Yep. Second degree burns on 20 percent of your body. Some of the burns are deep.”
It came back to me, the event that had gotten me here.
“The family. Were they injured?”
“Not a scratch or burn. Turns out it was a U.S. Senator from Kansas. He says you’re a hero.”
“You know I had no choice. They were in the path—”
“Take the praise where you can get it, man. We don’t get that much.”
I looked at my right side. My right arm was bandaged, and so was my side and down my right leg to the point where my boots had stopped the flames. Second degree wasn’t so bad, I told myself. Third degree would have been brutal. I’d be able to leave the hospital soon. I’d heal.
“I won’t need a month,” I said.
“Yes, you will. They can’t let you go back. Doctor’s orders. You’re grounded until he releases you.”
I managed to sit up, but it was a bad idea. The burns pulling on my skin reminded me why I shouldn’t. “I can’t be grounded during fire season. Are you crazy? I need to be there. You don’t have enough men as it is.”
“Sorry, Nate. It is what it is. Why don’t you go home to Carlisle for a while? Take it easy.”
Go home? Pop had just been pardoned, and he and my mom were trying to navigate the reunion. Though she would love to have me home, I didn’t know if I was up to it. My father could be challenging, and fourteen years of prison hadn’t done him any favors.